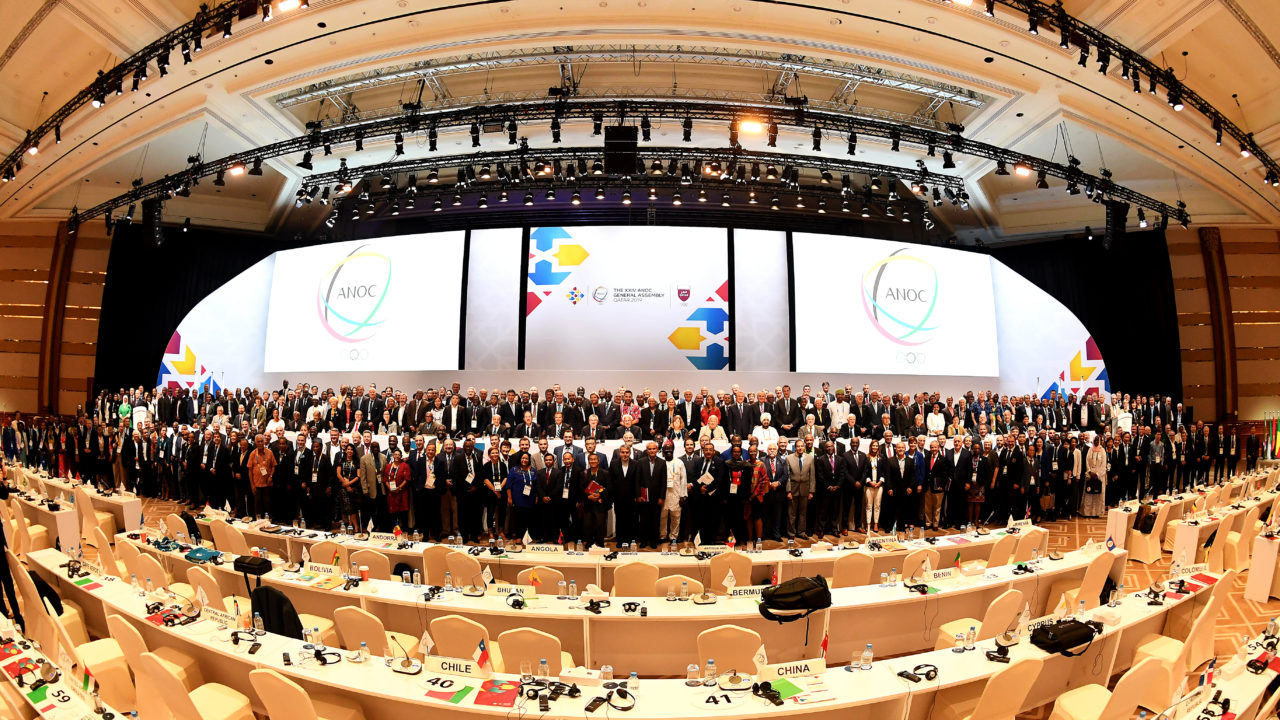 Qatar; 18 October 2019: The two-day XXIV ANOC General Assembly drew to a close today following a week of productive meetings and important discussions in the Qatari capital city, as ANOC continues to push for further reform to help better serve the needs of the world’s NOCs.

A total of 204 NOCs gathered in the city of Doha for the General Assembly and agreed on the following resolutions:

“Be It Resolved that, subject to subsequent Executive Council resolution, the ANOC presidential election be continued adjourned for the balance of the quadrennial term with the ANOC Senior Vice President functioning as the Acting President.”