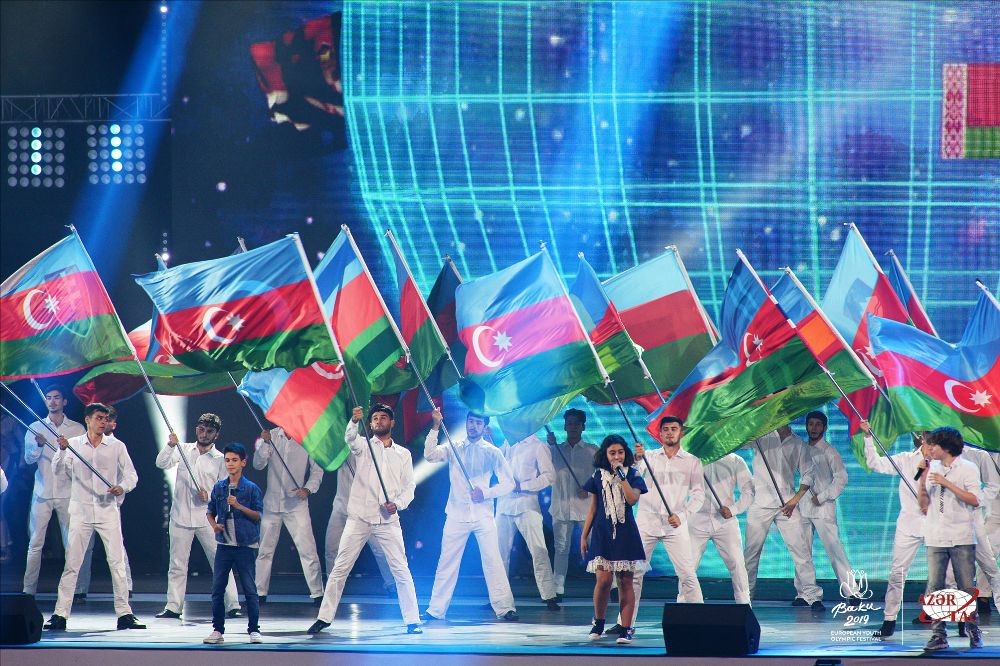 The 15th edition of the Summer European Youth Olympic Festival (EYOF) got under away with a vibrant Opening Ceremony at the Crystal Hall in Baku, Azerbaijan on 21 July.

The introduction of the flag of Azerbaijan was followed by the parade of nations, which featured athletes from the 48 European National Olympic Committees competing at Baku 2019 and EOC Refugee Athlete Nazret Kobodom, a 16-year-old Eritrean runner currently seeking asylum in Israel who will compete in the Girls’ 3,000m.

In keeping with Olympic tradition, Team Azerbaijan entered the hall last and was greeted loudly by the sold-out crowd.

Welcome speeches were delivered by First Deputy Prime Minister of the Republic of Azerbaijan and Chairman of the Organising Committee for Baku 2019 Yagub Eyyubov and EOC President Kocijančič.

The protagonists of the show were a boy and girl who learned about the road to success while being taken on a historical journey of Baku from ancient to modern times.

Competition in tennis and wrestling began earlier in the day, with athletics, basketball, handball, swimming, and volleyball starting on Monday. Artistic gymnastics, cycling and judo round out the Baku 2019 sports programme later in the week.

You can follow the action live on the EOC Channel. For more information on the 15th Summer EYOF, visit the Baku 2019 website.