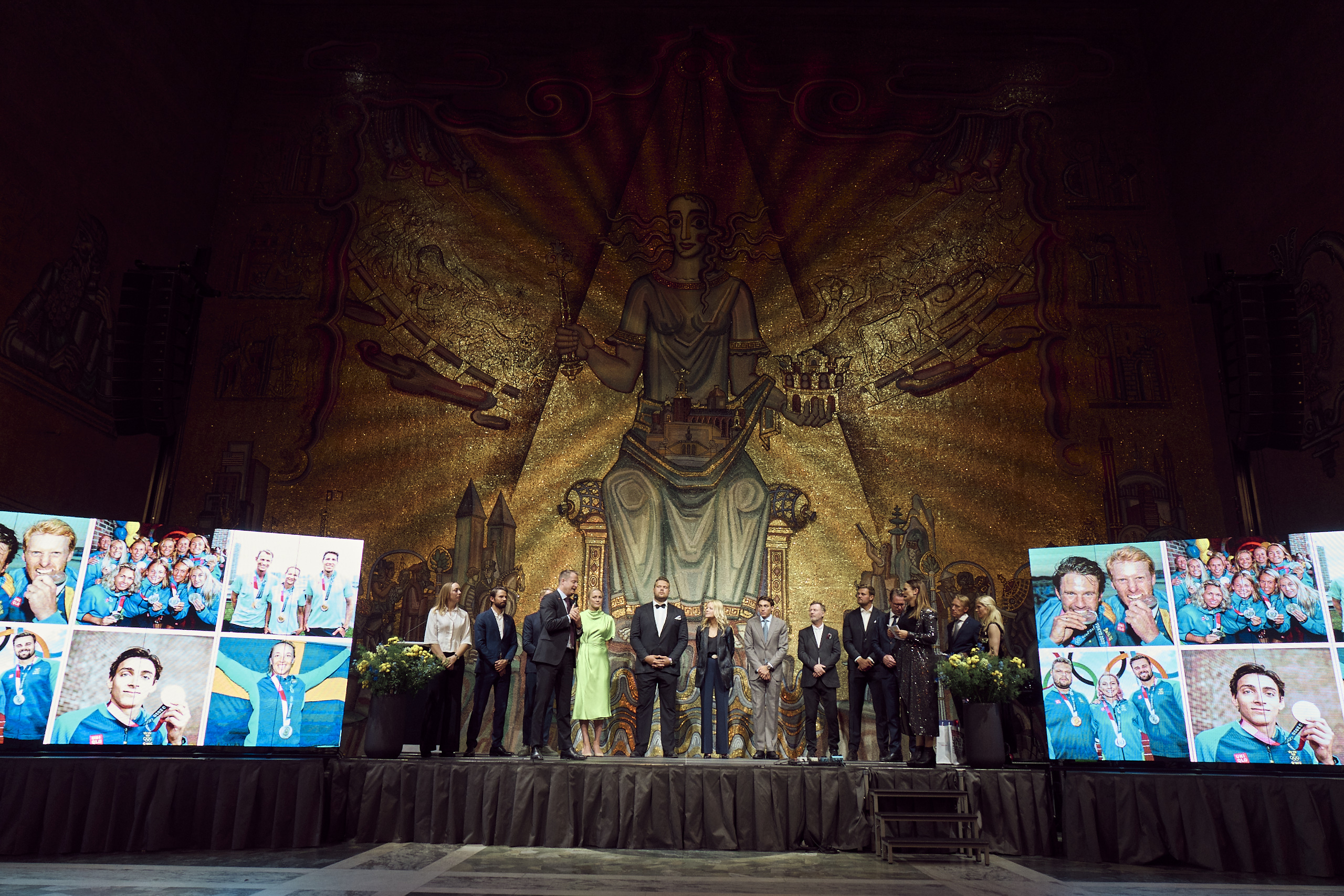 The Swedish Olympic Committee had a royal party to celebrate the 27 medals Sweden won at Tokyo 2020 and Beijing 2022.

All medalist from the recent Games, were present in the famous Golden Hall, and received a special gift from Sweden’s Minister of Sports, Anders Ygeman. At Beijing 2022,  Sweden won 18 Olympic medals, a new record for Swedish winter sports.