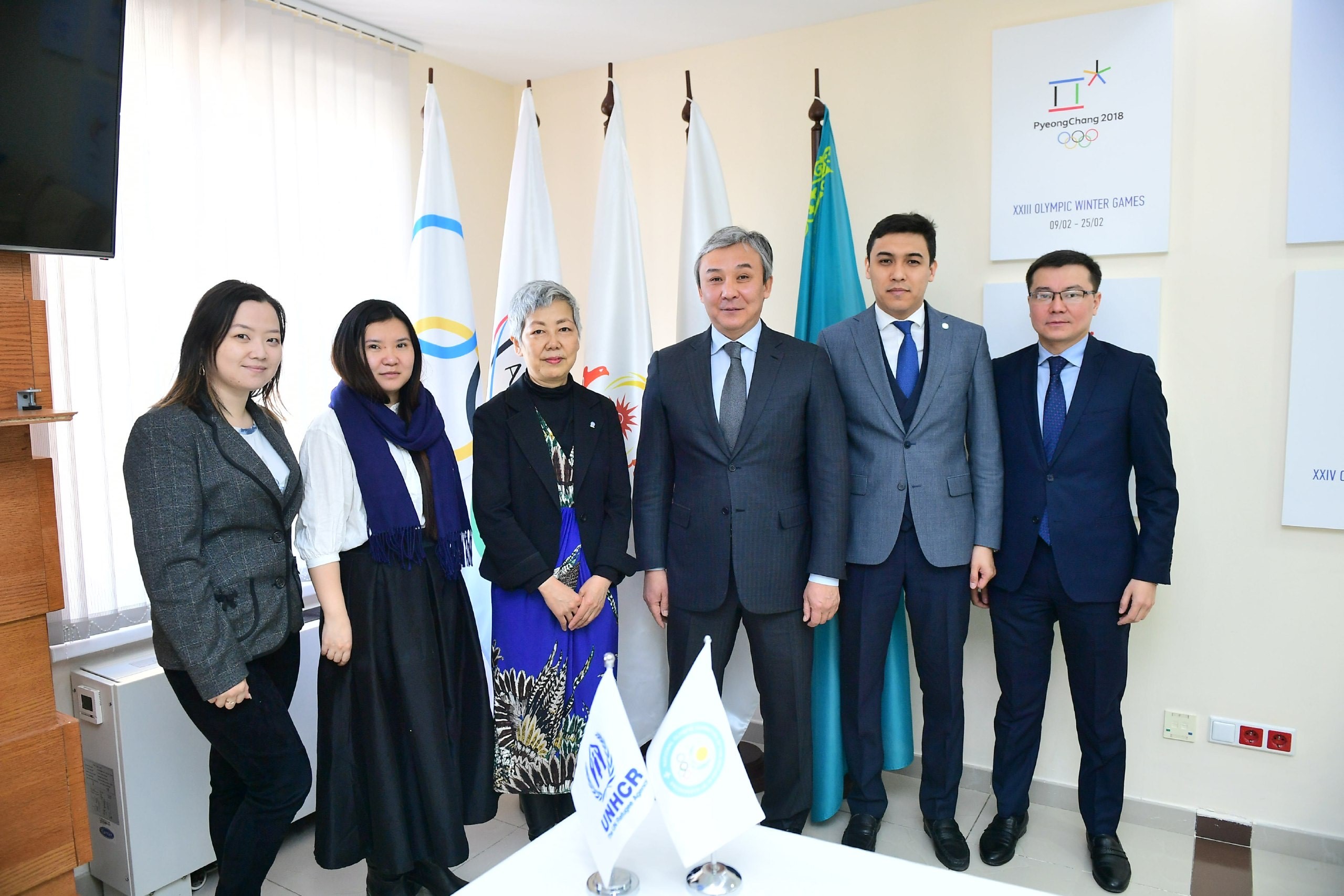 The National Olympic Committee of the Republic of Kazakhstan met UNHCR for Central Asia in Nur-Sultan, capital of Kazakhstan, on 11th March 2020.

Mr. Mussaibekov, the Secretary General of the NOC expressed support to the refugees, approximately 600, living in Kazakhstan and commitment of the NOC to establish strong partnership between two organizations.

“As You know, the International Olympic Committee pays special attention to the issue of refugees and has been actively supporting refugees all over the world for several years. Notably, within last five years two Refugee Olympic Teams for Rio-2016 and Tokyo-2020 Olympic Games was formed, as well as the Olympic Refugee Foundation was established in 2015,” stated Mr. Mussaibekov.

“In our turn, NOC Kazakhstan would be pleased to join this Movement in order to promote sports among refugees in Kazakhstan and to increase public awareness to such an issue.”

The UNHCR Representative Ms. Yasuko Oda thanked NOC Kazakhstan for the interest, as well as their support and commitment.

“We hope that under the leadership of the NOC President we will establish strong and long-term cooperation in increasing public attention to this issue and development of sports among the refugees,” Ms. Oda said.

Both parties agreed to sign the Memorandum of Understanding as an important component of joint efforts in promoting sports among refugees and drawing public attention to the issue of refugees in Kazakhstan and Central Asia, as a whole.