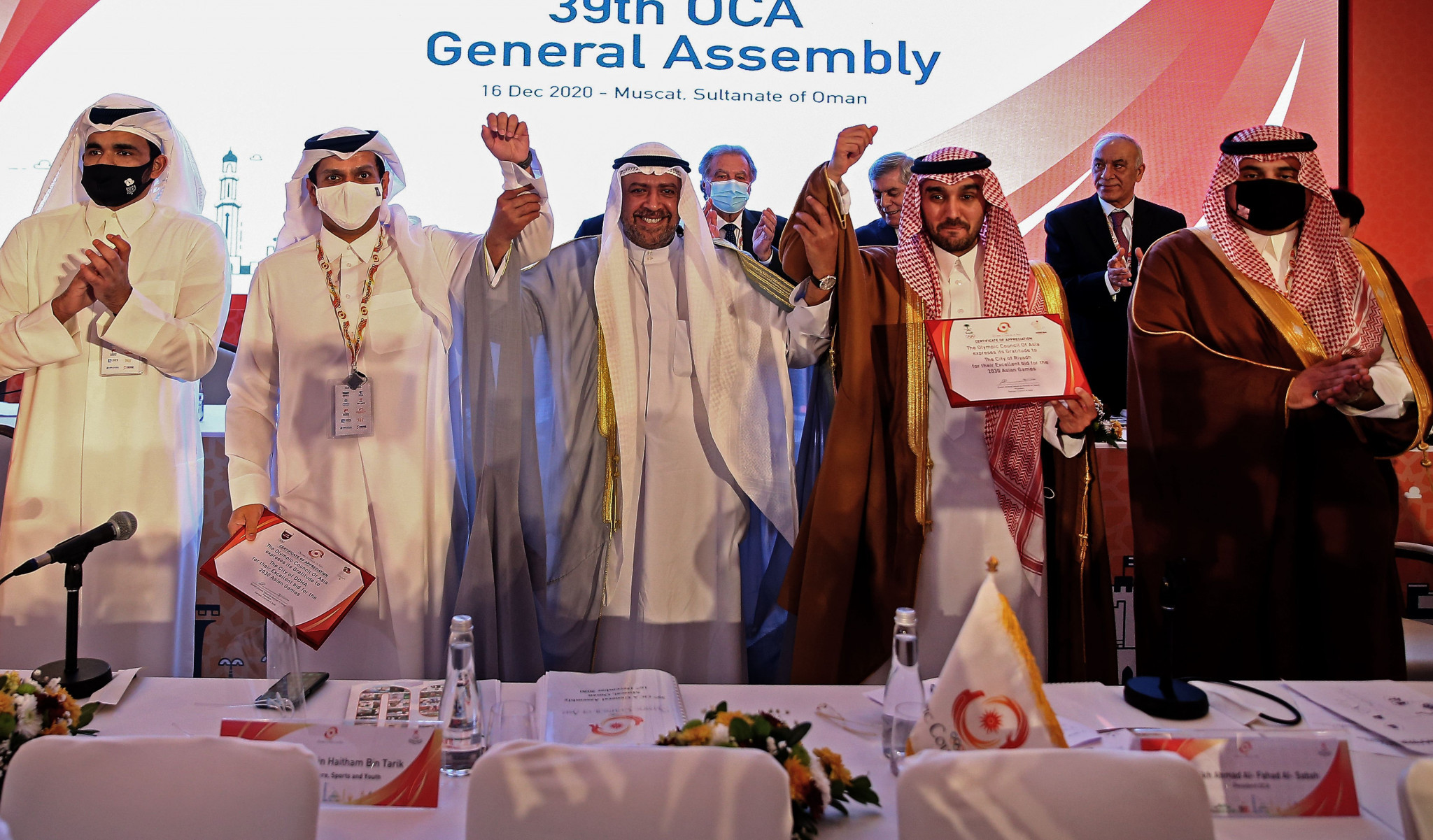 Doha, capital city of Qatar, will host the Olympic Council of Asia’s 21st Asian Games in 2030.

Doha achieved the highest number of votes in a secret ballot of the OCA’s 45 National Olympic Committees at the 39th OCA General Assembly at the JW Marriott Hotel in Muscat, Oman on Wednesday, 16th December. Doha has hosted the Asian Games once before, in 2006.

Riyadh will now host the 22nd Asian Games in 2034, meaning the next four Asian Games are in place and the next available hosting year is 2038 – 18 years away.

Doha put forward a compact and risk-free bid, with all sports stadiums already in place. The award of the Asian Games will further boost its profile as a world-class sports city, capable of hosting major international events in a variety of sports. Qatar will host the next FIFA World Cup in 2022.

Riyadh has never hosted the Asian Games, but will now welcome Asian Olympic Family to Saudi Arabia’s capital city in 2034.

Sheikh Ahmad said he had made the move in the spirit of “friendship, solidarity and unity” and to produce a “win-win” situation.

Before starting the vote under these circumstances, Sheikh Ahmad asked for the support of the 45 NOC delegations – and they approved unanimously, with nobody against this proposal.

“I believe you are making history, and I will be proud to have two Asian Games in West Asia,” Sheikh Ahmad said. “Thank you Asia for your solidarity and coordination.”

The voting numbers in the host cities election were 27 for Doha, 10 for Riyadh and there were 8 abstentions.