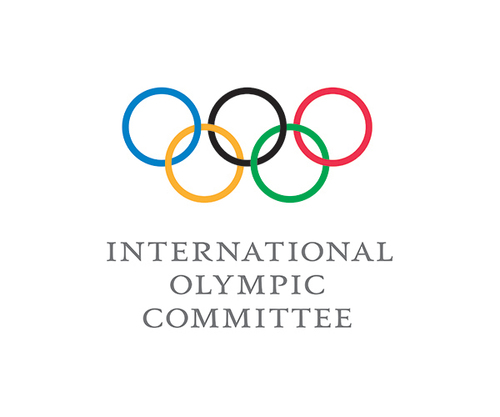 Winners of the IOC Women and Sport Awards 2020

Ahead of International Women’s Day (8 March), the International Olympic Committee (IOC) today revealed the names of the six winners of the Women and Sport Awards 2020.

All have made remarkable contributions to the development, encouragement and reinforcement of women’s and girls’ participation in sport.

Winner for Europe: Else Trangbæk (Denmark)

Commenting on the announcement, IOC President Thomas Bach said: “Congratulations to the six winners of this year’s edition of the IOC Women and Sport Awards. Each project is a lifelong commitment to advancing gender equality on and off the field of play. Each winner demonstrates the power of sport to make gender equality a reality.” He continued: “We are celebrating their great contributions in a year in which the Olympic Games will be gender balanced for the first time, with equal numbers of male and female athletes competing at the Olympic Games Tokyo 2020.”

All six winners will officially receive their awards at a ceremony to be held later on this year.

The winners were selected from among 30 shortlisted candidates by the IOC Women in Sport Commission. The full list can be found here.

Lydia Nsekera, Chair of the IOC Women in Sport Commission, said: “Over the last 20 years, the IOC Women and Sport Awards have represented an opportunity to celebrate change-makers and show the important role that sport can play in addressing gender equality issues. Choosing six winners out of the impressive applications that we received has been a challenge, and I am really proud of the quality of the projects that will be honoured.”

Introduced in 2000, the IOC Women and Sport Awards recognise role models and change-makers in the pursuit of gender equality. Six trophies are distributed each year, one for each of the five continents and one at world level. The winners’ projects are also supported with a grant to help them continue and extend their work.

Since 2000, there have been 122 recipients from 65 countries across the world.

Founded in 2008 in Kabul (Afghanistan) and headquartered in Berlin (Germany), Skateistan has developed several programmes that reach more than 2,500 children, aged between 5 and 17, also in Cambodia and South Africa.

The organisation uses skateboarding to create safe environments where girls can overcome barriers and gain access to sport and education.

Earlier this year, the documentary Learning to Skateboard in a Warzone (If You’re a Girl), which follows the progress of a group of girls at Skateistan in Kabul, was awarded the BAFTA for Best British Short Film (Documentary) and an Oscar for Best Documentary (Short Subject).

A four-time Olympian in judo, Salima Souakri was the first Algerian and Arab woman to participate in the sport at the Olympic Games, making her debut as a 17-year-old in Barcelona in 1992. Despite the difficulties and barriers she faced, Souakri has always fought for gender equality, even after retiring from competition, helping to promote a culture of female integration across Algeria and encouraging young girls to practise sport.

Souakri became the first Algerian woman to be named a UNICEF Goodwill Ambassador, and she is also a member of the International Judo Federation’s Gender Equity Committee.

Dr Guylaine Demers is a professor and chair of women’s studies research at Laval University in Quebec (Canada), and is one of the country’s most prominent advocates for gender equality in sport.

In 2015, she co-founded the Conversations on Women in Sport conference – a symposium held in Quebec City dedicated to fostering solutions to improve the experiences of girls and women in the Canadian sports system.

Olympic medallist Kim Jin-Ho is a former international archery champion who is currently a professor at the Korea National Sport University (KNSU) and a board member of the Korean Archery Association (KAA).

She has successfully advocated for increased female representation within national governing bodies, as a director of the Women’s Sport Association of Korea from 1990 to 1998 and a member of the Women’s Sport Commission of the Korean Sport and Olympic Committee (KSOC) from 2009 to 2013. She also founded the Myeong-goong Council, which provides free archery lessons and scholarships to children, particularly girls. The KSOC honoured Kim with the Korea Sports Hero award in 2018.

Winner for Europe: Else Trangbæk (Denmark)

The first female gymnast to represent Denmark at the Olympic Games, in Mexico City in 1968, Else Trangbæk continued to work in the sport as a coach while also becoming a professor and later the Head of the Department of Exercise and Sports Sciences at Copenhagen University.

One of the most prominent and influential women in Danish sport, her efforts have also helped to ensure that resources were allocated to initiatives tackling gender issues. Trangbæk has also documented and described the importance of women in sport through countless books, articles and interviews in the Danish press.

Kitty Chiller was among the first women to compete in modern pentathlon at the Olympic Games, representing Australia in Sydney in 2000 when the women’s event was first added to the Olympic programme. Since then, she has developed into a highly regarded international sports administrator and has continued to be a trailblazer for women in sport. In 2016, she became the first-ever female Chef de Mission of the Australian Olympic team.

In January 2019, she was appointed Member of the Order of Australia (AM) for significant services to Australian and international sport, and she was also named as one of the 50 most influential women in Australian sport by one of the country’s leading news outlets.

Kuwait City, Kuwait, April 2, 2020: The Olympic Council of Asia has announced the sports programme for the 3rd Asian You[..]

ATHLETES OF THE AMERICAS LIFT THEIR VOICES