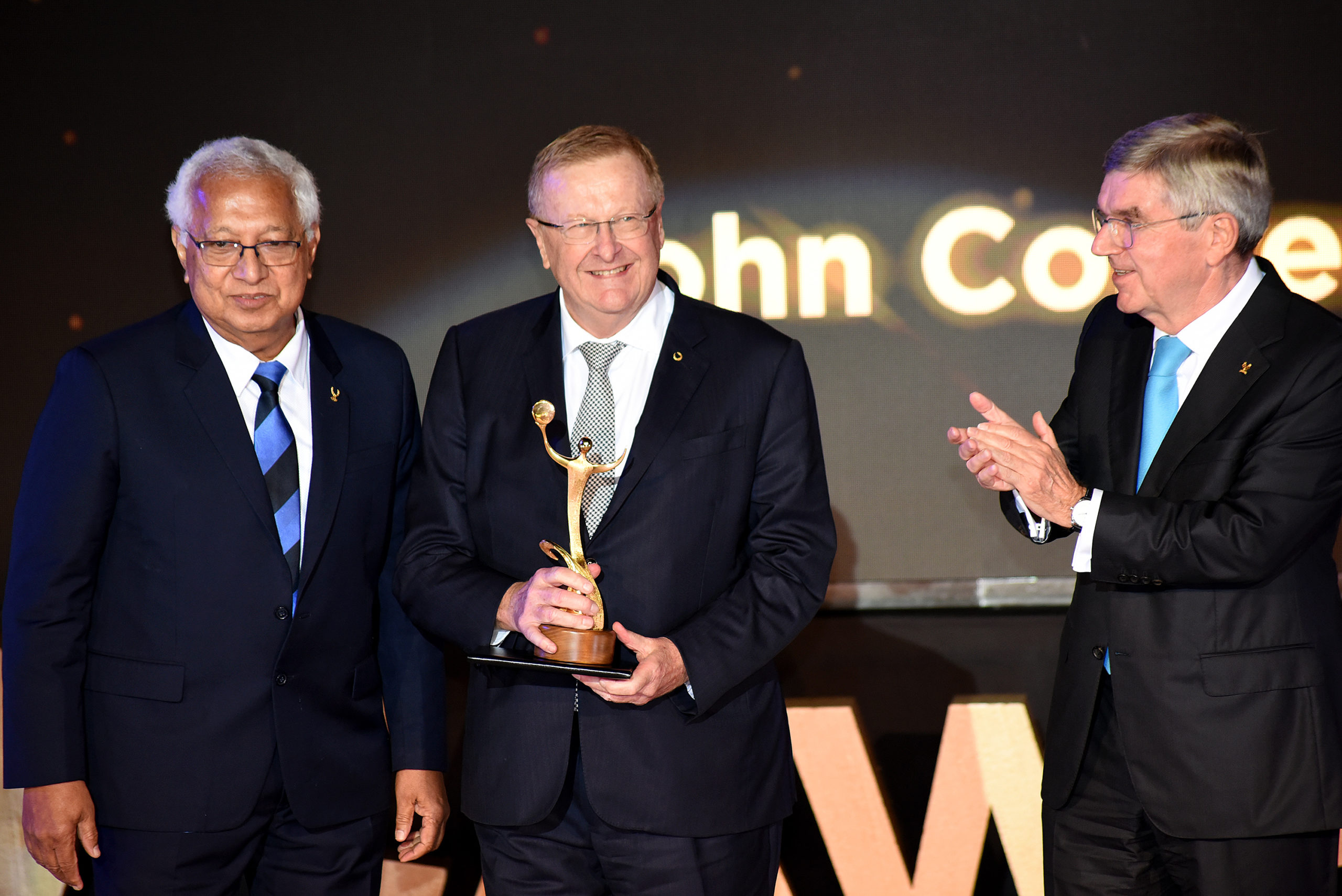 John Coates stood down as Australian Olympic Committee President on Saturday after 32 years of leading the NOC.

Acting ANOC President Robin Mitchell and ANOC Secretary General Gunilla Lindberg joined the many voices around the Olympic Movement in paying tribute to the work of Coates over the last three decades.

“John has been such an important member of the NOC family for the last 32 years. Of course as AOC President, he has overseen a hugely successful period for Australia in the Olympic Movement. There is no other NOC President in the world today who has secured two Olympic Games for their country. But his contribution has extended far beyond Australia. In his role as an IOC Member and on numerous IOC Commissions, particularly the Coordination Commissions of London 2012, Rio 2016 and Tokyo 2020, he has always defended the rights and interests of the NOCs.

“At ANOC, we have always enjoyed excellent and close cooperation with him and we look forward to continuing to working with him in the years ahead. As a member of the Organising Committee of the Olympic Games Brisbane 2032, we are sure his experience will ensure the best environment for NOCs and their athletes.”