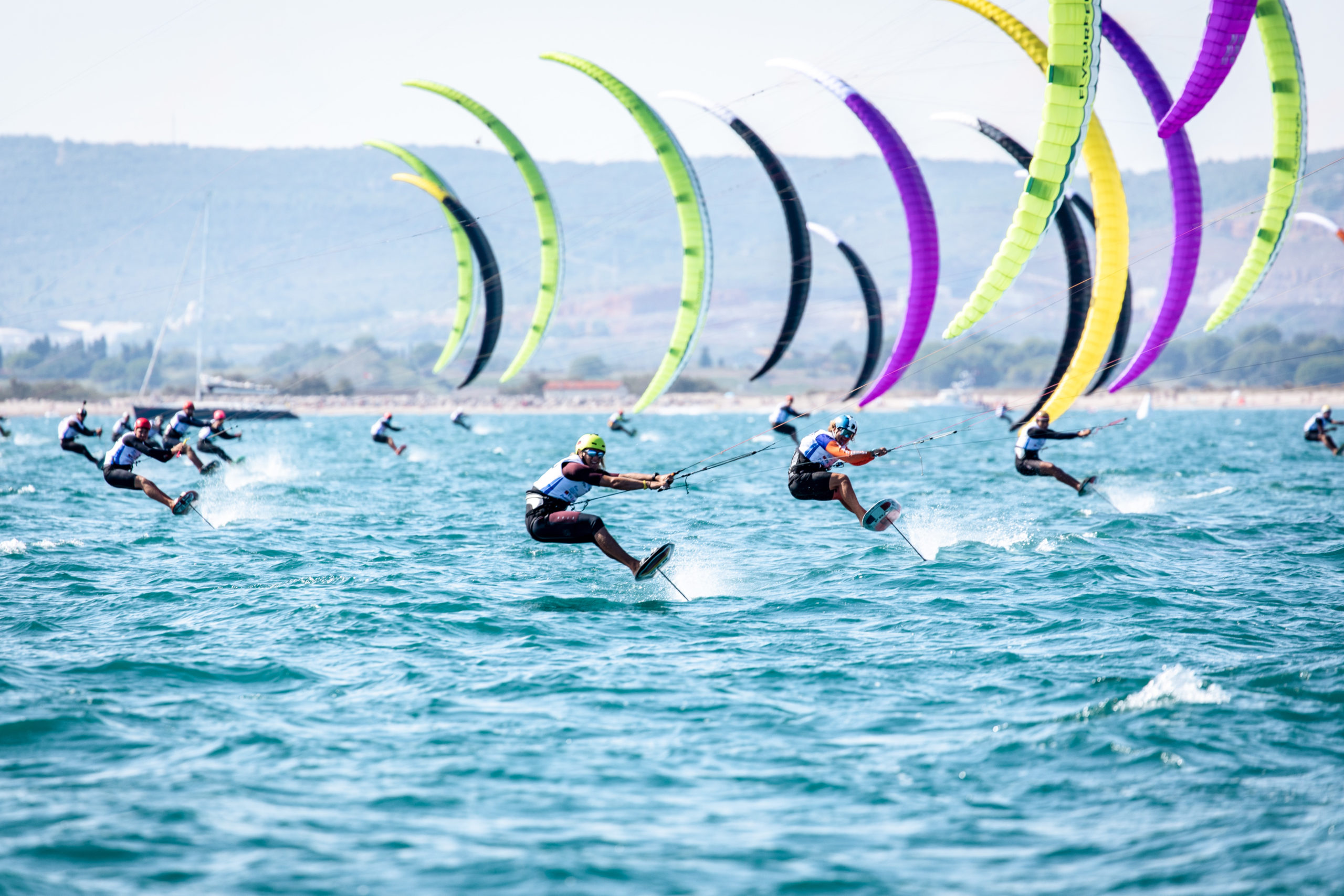 On his fifteenth birthday, Maeder took three bullets in spellbinding, near-flawless racing on the track just off Villeneuve Lès-Maguelone beach. In doing so, he eased past two-time reigning champion France’s Axel Mazella.

“I don’t really know how to describe this feeling,” said Maeder, shaking with adrenaline just as he came ashore. “I never believed it could be like this. It is one of the greatest feelings of my life. It’s right up there.”

Mazella’s second place earned him the European title. He began the regatta’s last day of five in pole position, needing just one win in the finals’ races to secure overall victory. But he was generous about his teenage rival’s win that made the Frenchman’s third successive title victory slightly bittersweet.

“I’m still happy,” said Mazella. “I have what I wanted: my third title in a row. In the medal races, I was scared of the other two French riders, but Max Maeder came from nowhere. He really deserves the title because he took three bullets in succession. He was fully focused and attacked every time he could, taking every opportunity.”

Moroz, the reigning International Kiteboarding Association (IKA) Formula Kite world champion, had her work cut out for her against another trio of French racers. She, too, began the finals sitting in the box seat, needing only one win for outright victory.

But poor positioning saw her cross the starting line at the back of the four-strong fleet in her first race. She made up ground on the short-track, windward-leeward course but only finished second to Poema Newland (FRA). But in the second finals’ race, she grabbed the crown with an emphatic win.

“I feel really good,” said Moroz. “I think it’s really great that two non-Europeans have come here and won. We’ve given them a real run for their money, especially the French who have such a strong programme.”

Newland’s performance in coming second to Moroz was enough to earn her the European title, a victory she barely believed was possible after a slightly rocky campaign on the last day of the qualifying races.

“I really can’t quite believe it,” said Newland. “The day before, I was mad with myself because of the mistakes I made. So I was stressed going into the finals. But I felt I had nothing to lose, and it worked for me.”

The IKA Formula Kite Europeans is the biggest event of a year blighted by the pandemic so far, attracting 91 men and 40 women from 29 countries and five continents. It marked the start of the countdown to the Paris 2024 Games when kiteboarding will make its Olympic debut.

Several windless days in the middle of the action curtailed the qualifying series, but the championships built to a fitting climactic day, with edge-of-the-seat drama in short-sharp semi-finals and finals. The novel format retains the element of suspense to the end by ensuring the winners are those who cross the line first in the last race.

The format gives weight to the leaders’ performances but allows any of the racers down the order who qualify for the semi-finals to still win outright. Max Maeder did just that in near-perfect foil racing conditions of 8kts to 10kts of breeze on flat Mediterranean waters under cloudless skies.

The IKA A’s Youth Foil European Championships, a one-design Olympic pathway class for 11 to 16-year-olds, was being staged in tandem with the Formula Kite event. The young athletes got one last race on their SABfoil boards and hydrofoils and Ozone Edge kites on their final day.

Russia’s Mikhail Novikov, 16, did not compete in the last race but his unbroken run of bullets in the earlier races ensured he already had the A’s Youth Foil Europeans title in the bag.

“It feels amazing,” said Novikov. “I was second in the A’s Worlds, now I’ve got what I wanted, the European title, and I’m very happy. My next move is into Formula Kite.”

Find out about all upcoming Kite Foil events at our Beach Sports calendar.