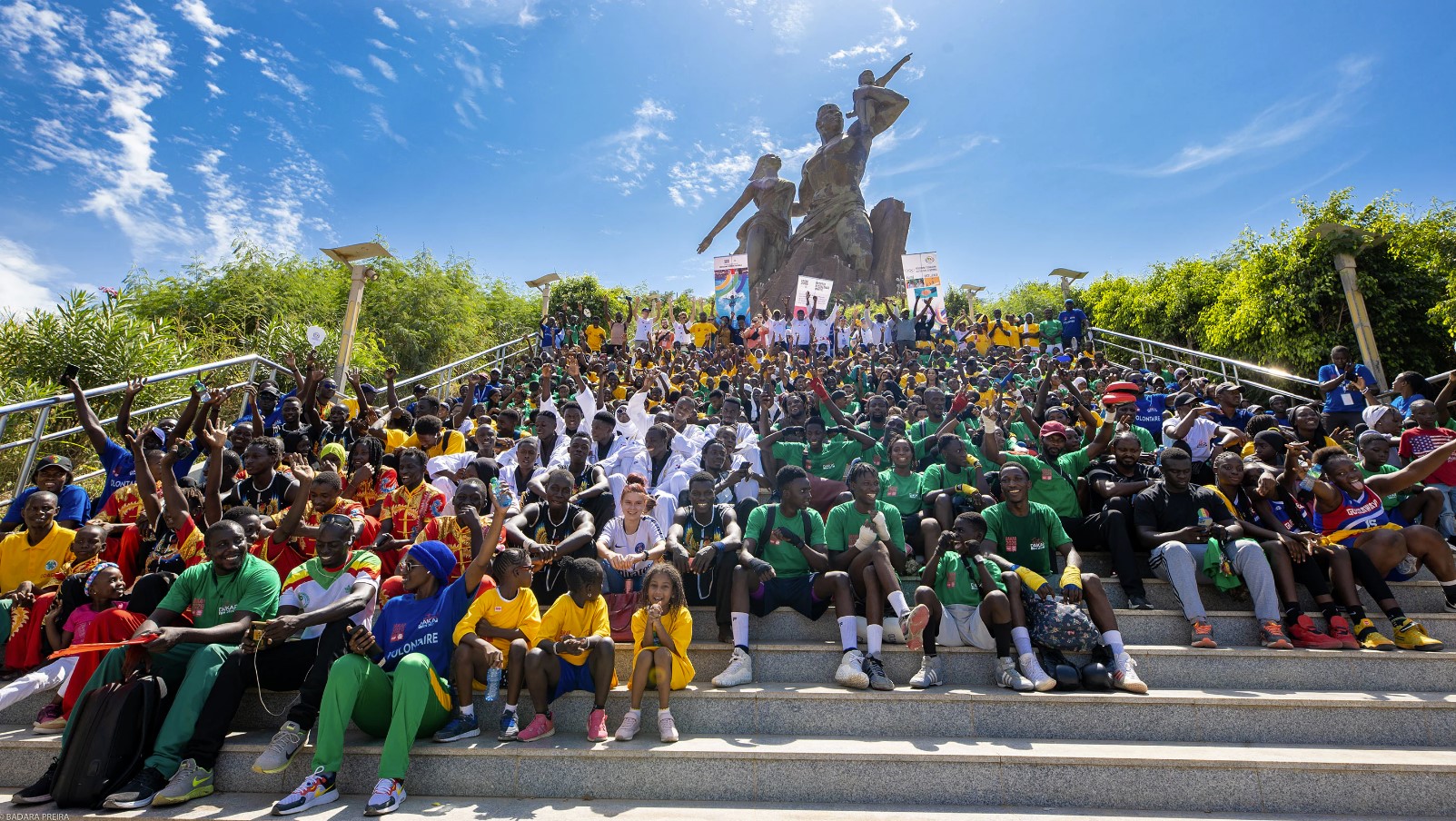 The Dakar en Jeux festival has brought a week of celebration to the Youth Olympic Games (YOG) host areas of the first Olympic event on the African continent. A series of events created by and for young people, including sports initiations and demonstrations, music concerts and cultural activities, took place in the Senegalese cities of Dakar, Diamniadio and Saly.

Over eight days, more than 1,500 athletes took part in 26 sports initiations and demonstrations. Alongside the sporting elements, around 30 artists performed at numerous concerts and cultural activities. In total, tens of thousands of people attended the festivities in Dakar, Diamniadio and Saly, kicking off a series that will see the festival take place every year until the YOG in 2026.

The spectacle began in Saly, where more than 500 young local people gathered to experience a range of different sports on the beach such as swimming, beach wrestling and beach rugby. These initiations were followed by the opening-day concert that officially started the festivities, with a crowd of over 10,000 people.

Kirsty Coventry, the Chair of the IOC Coordination Commission for Dakar 2026, said: “Dakar en Jeux has been incredible. You feel the love and the energy that people in Senegal have for the outdoor lifestyle: being on the beach, entertaining, having fun with the kids and dancing. Their energy is so high, and it is a real insight into what we’ll see in 2026.”

She continued: “With this festival, we’re hoping to lead into 2026 with more connectivity between people, more people coming together and understanding what the Games are, learning new sports, making new friends and bringing about unity.”

Many sports activities took place throughout Dakar en Jeux, introducing the participants to sports such as badminton, judo, roller skating and fencing. Local athletes and YOG hopefuls showed their talents in wushu, a combat sport which will be making its YOG debut in 2026. A cycling event also brought together around 200 cyclists, who took part in a unique 34km rally on the main roads between the Dakar train station and Diamniadio town hall.